Julie and I packed a picnic lunch while Randy went to pickup Rick at his apartment.  We went to Phelps Grove Park where we found a shady spot to have some lunch, good conversation, frisbee throwing and catching and just a good time hanging out together for the afternoon. 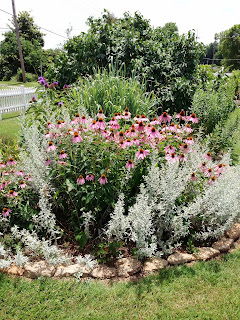 It was opening night at the county fair, so Julie and I took Lanae and her friend.  We wanted to see the animals and the 4-H entries and the girls were interested in the midway and the rides.  The only animals in the barns were cattle, sheep, and giant Percheron draft horses and many of them were already tucked in for the night.

We ate some BBQ while listening to some very laughable and groanable karaoke, then we headed toward the exhibit hall.  The photography exhibits were nice to look at but then we were asked to leave as they were locking up at 9:00 - we thought we had until 11:00 when the fair closed and the girls weren't supposed to meet up with us until 10:30.  Darn!  Now we had time to kill where there wasn't much that we were interested in seeing.  We sat and listened to some pretty good country music for a while and then called to see if Lanae was ready to go home and were glad when they said they had enough for the night too. 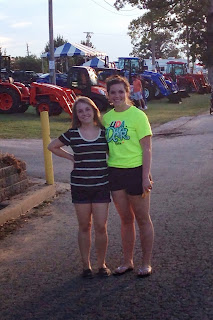 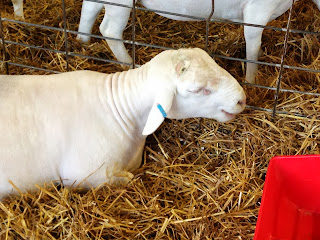 Posted by Bridge Coast to Coast Saga at 6:02 PM