We had an easy 3.5-hour drive yesterday, about 175 miles straight down I-90 heading east as far as Hardin, MT.  After the drive and getting setup, we hung around the campground and enjoyed the warm 83 degrees where we could sit outside barefooted, in the shade, and just relax. 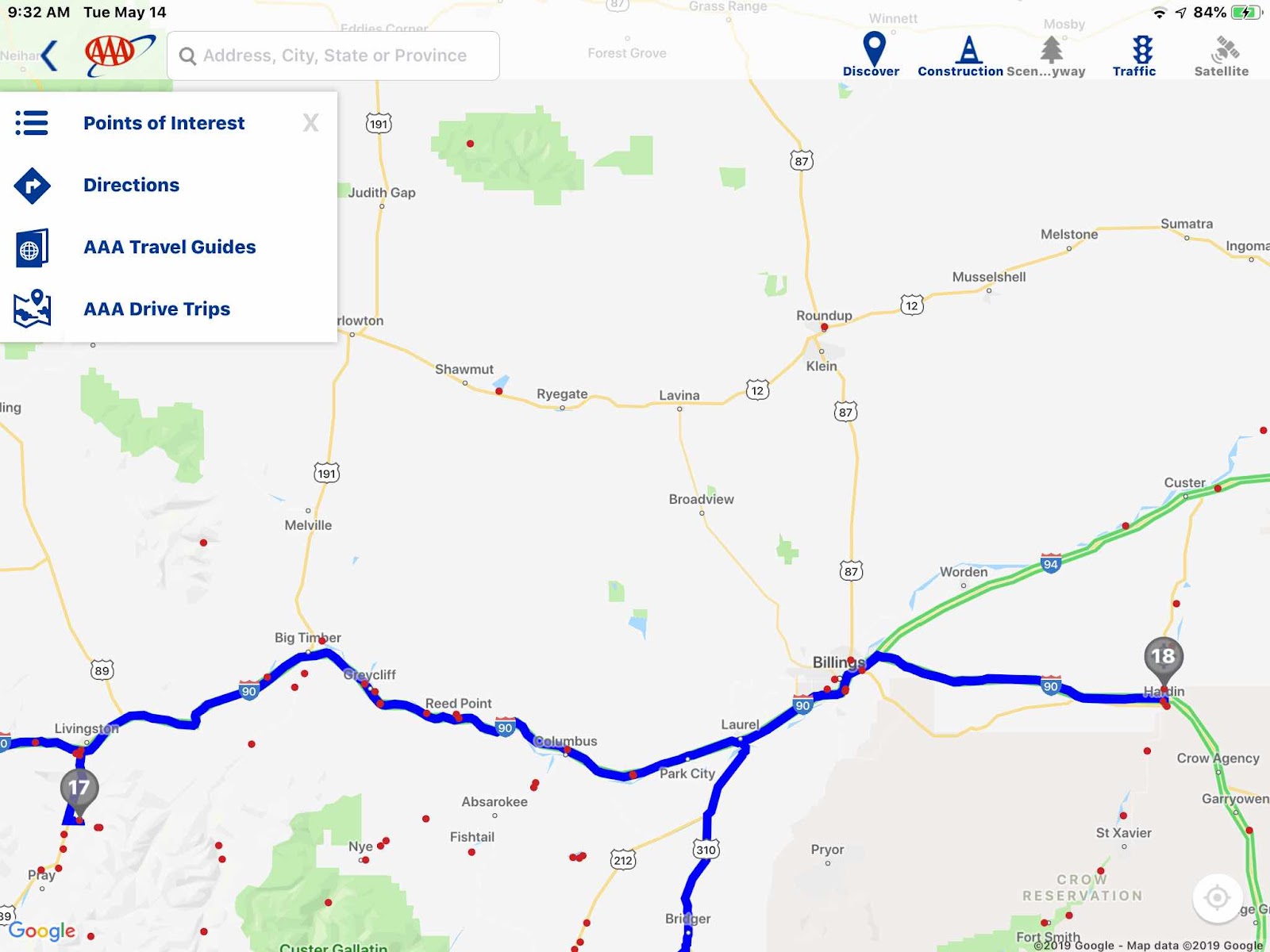 After a leisurely morning, we decided to head for the Little Bighorn Battlefield, formerly known as Custer’s Last Stand.  The first stop was to see a recent monument dedicated to the American Indians who stood up for what they believed in and won the battle on June 25-26, 1876. 260 American soldiers and attaches personnel met their death that day including the famed George Armstrong Custer. His troops were met by some 7,000 (a gross mis-calculated number by Custer) Lakota, Cheyenne, and Arapaho warriors, led by Sitting Bull. About 5 miles away, another battle took place with Major Reno and Captain Benteen’s troops where 53 were injured and 52 lost their lives. The Indians lost no more than 100 warriors.
We walked the paths and read the markers that gave the details of the battles. After hearing a rustle in the grass, I did see a small rattlesnake along the path when I was up ahead of Tom. Yes, I screamed and backed up, then tried to get a photo. It slithered into a hole in the ground, thankfully. There also is a National Cemetery on the grounds. The whole place gave you a sad and uncomfortable feeling. 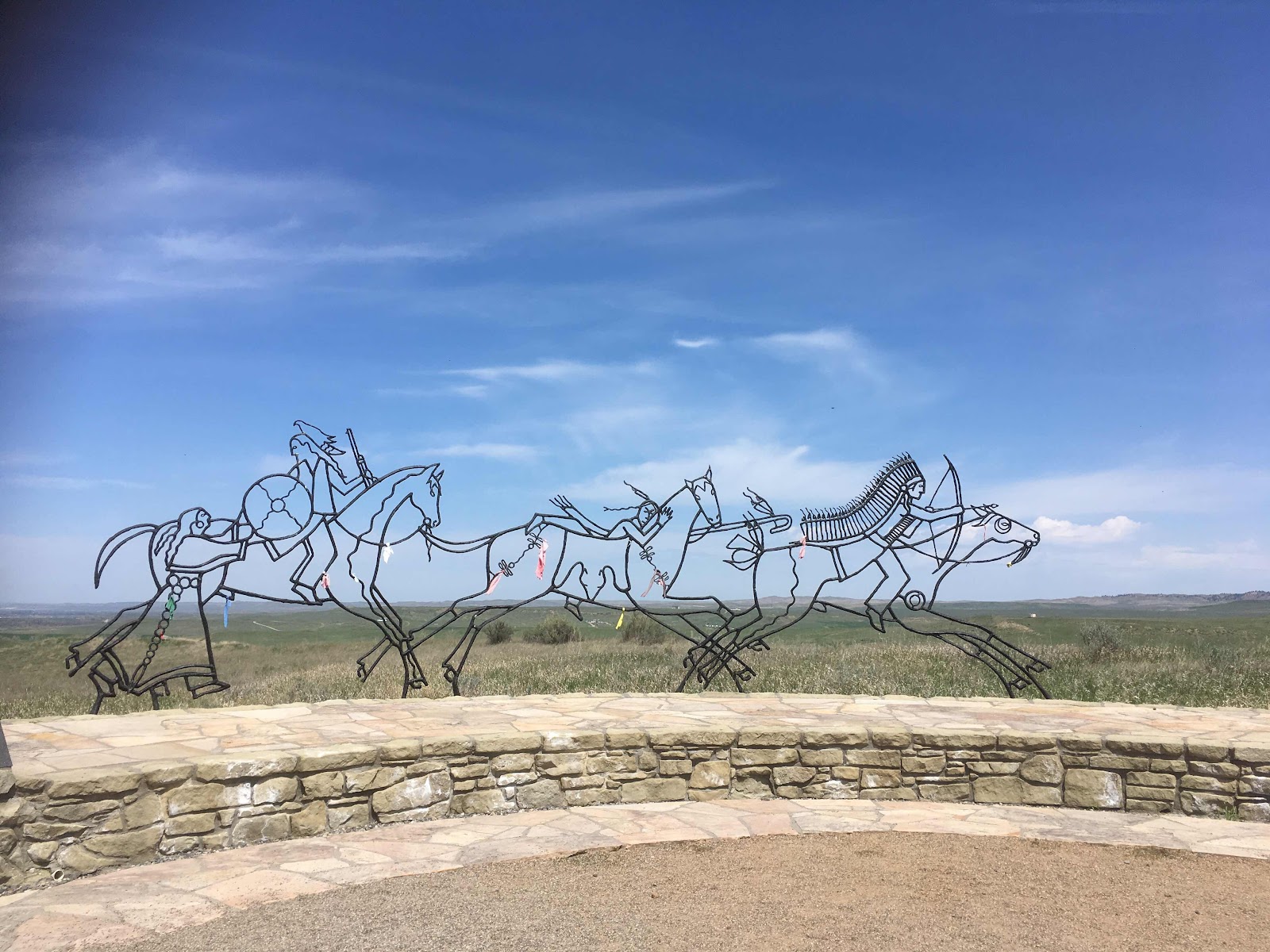 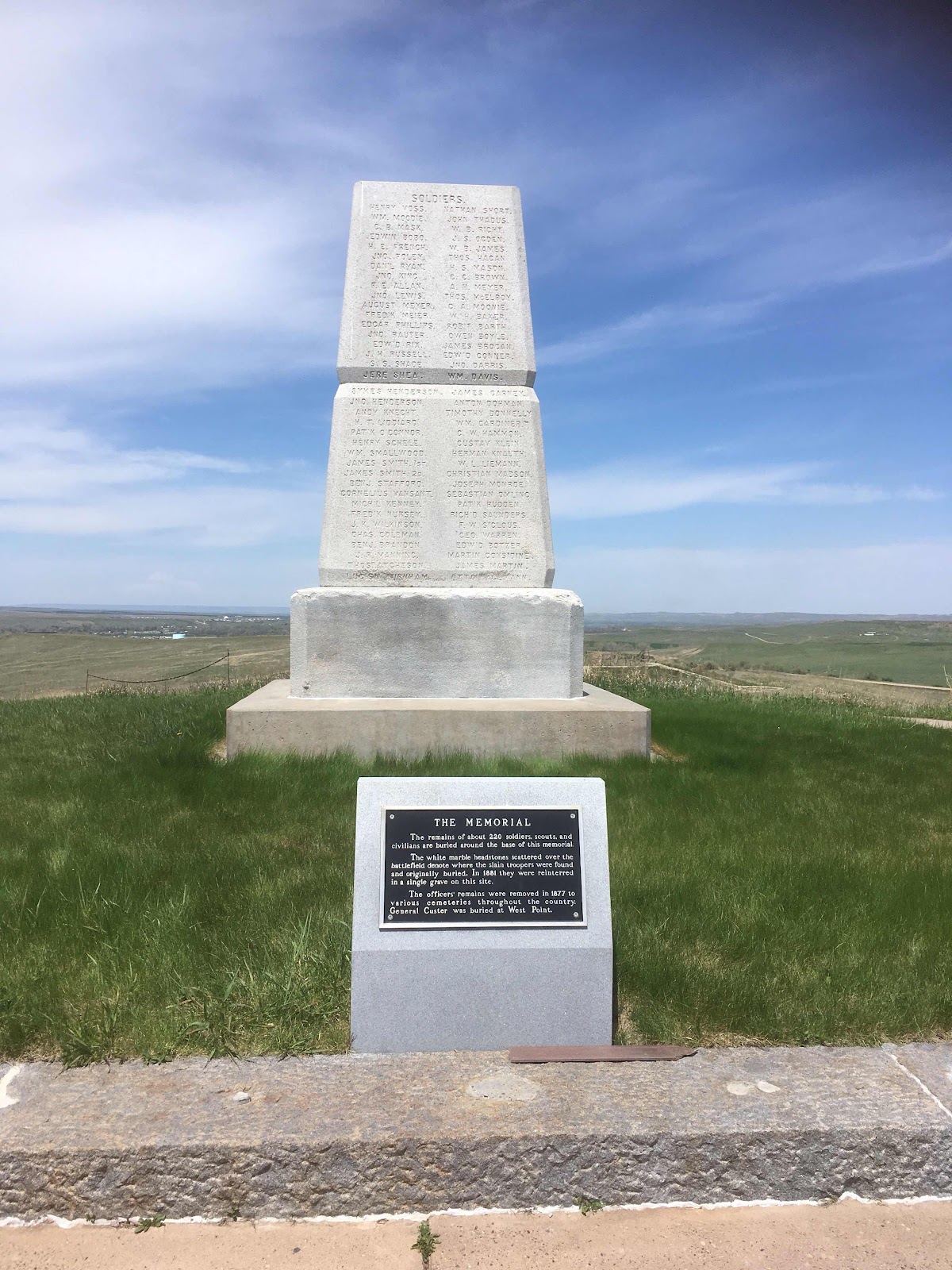 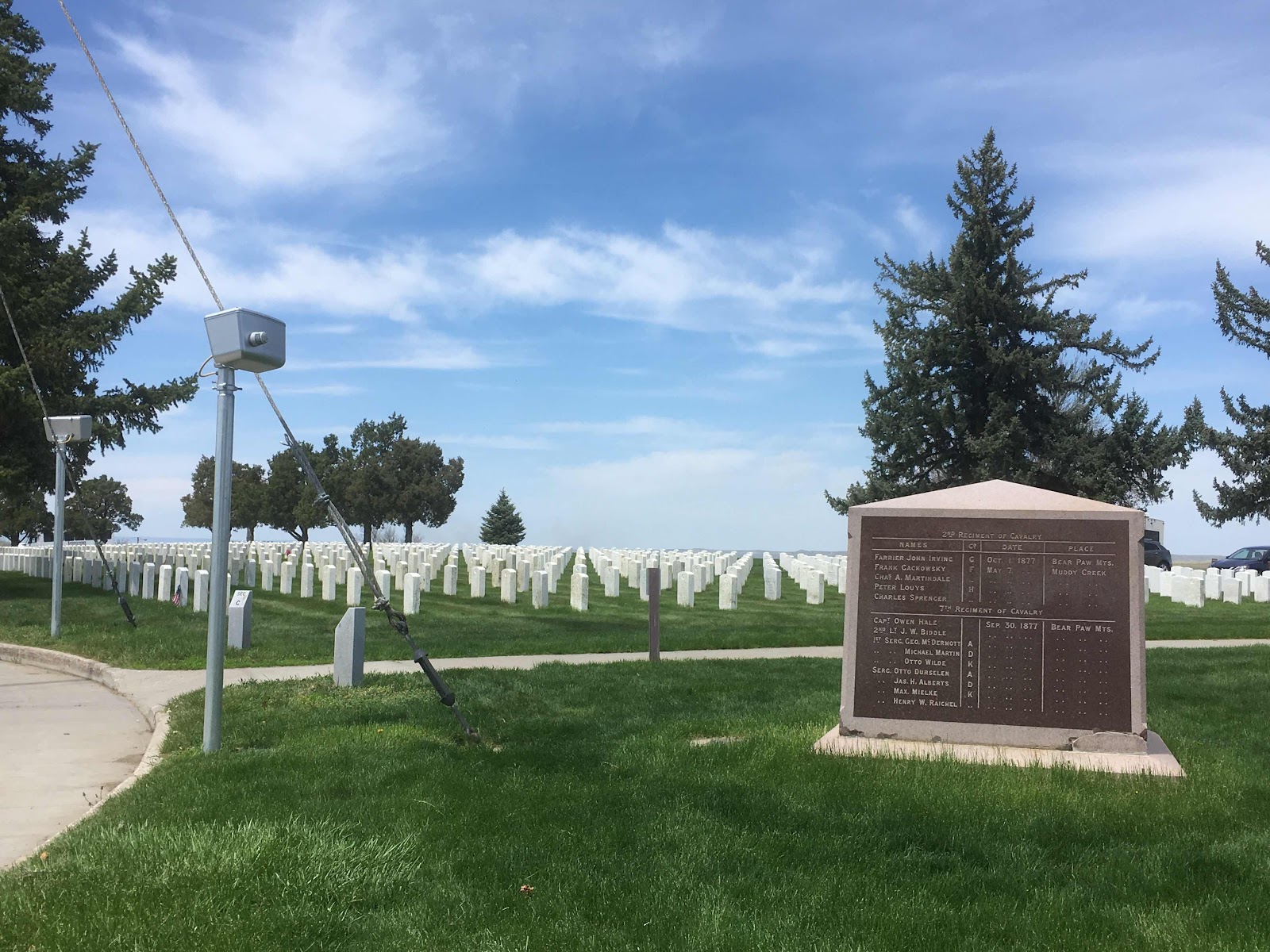 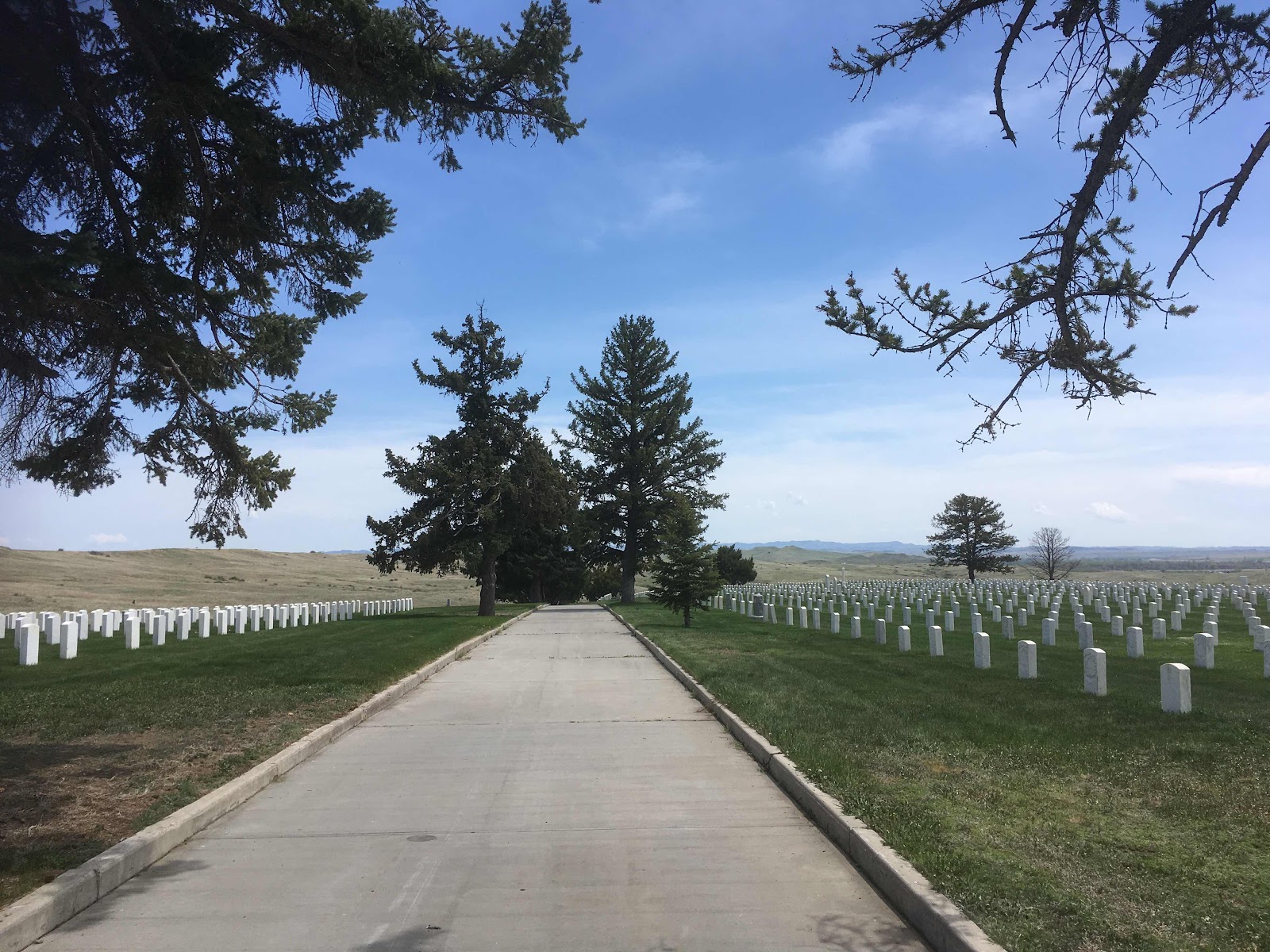 Before heading back home, we stopped at the trading post and cafe and had an Indian Frybread taco - tasty, but I am stuffed after eating it - didn’t even eat a third of the flatbread.
Posted by Bridge Coast to Coast Saga at 8:36 AM