What a lovely day it was today, visiting Yellowstone National Park for the third time in my life and seeing it from a different perspective with Tom (his first) this time.  We hit some of the big attractions: Mammoth Hot Springs and the Travertine Terraces near there, the Norris Geyser Basin, Gibbon Falls, the Midway Geyser Basin, and the biggie - Old Faithful.  It went off about 10 minutes later than the predicted time and was spectacular. 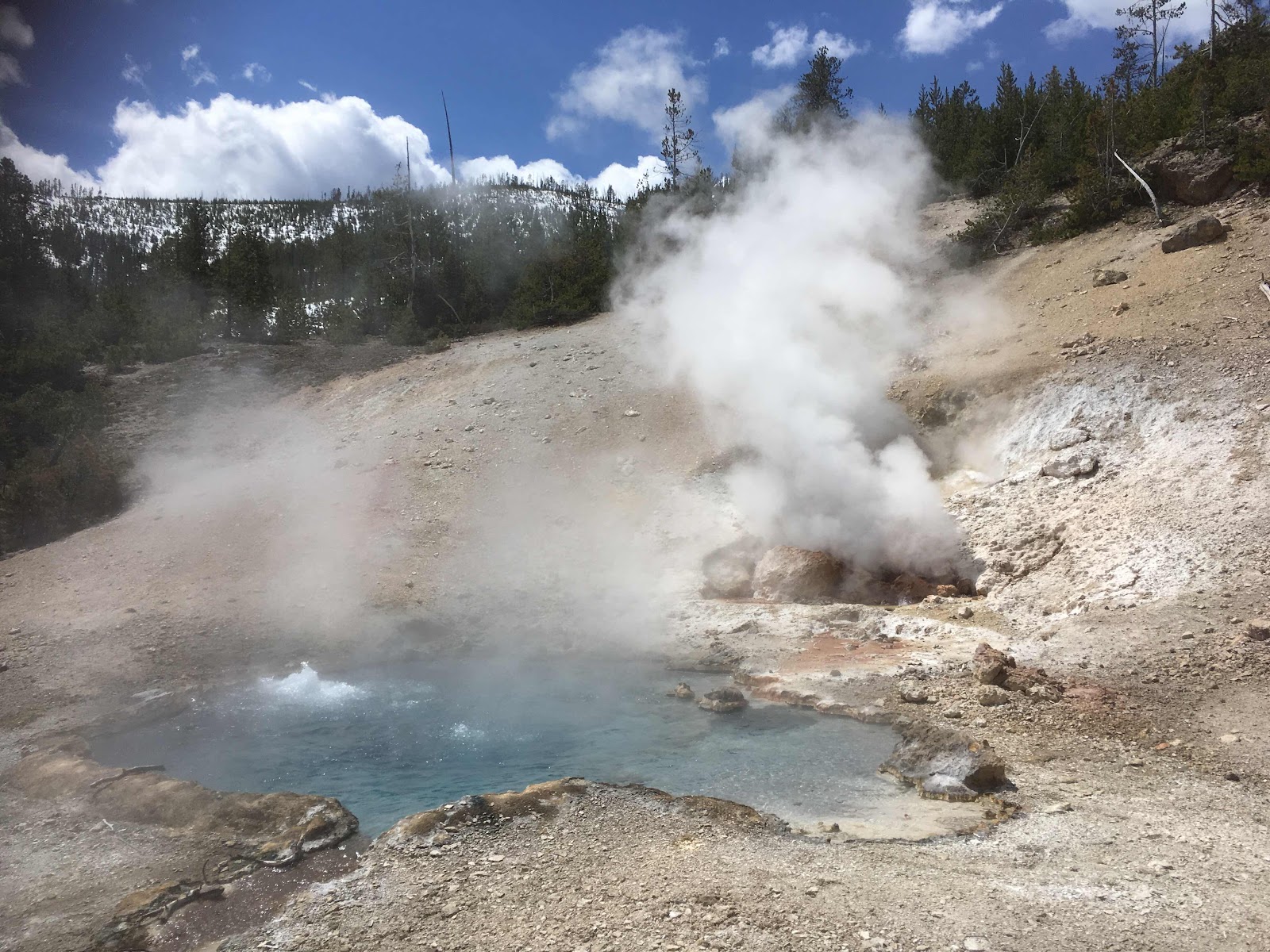 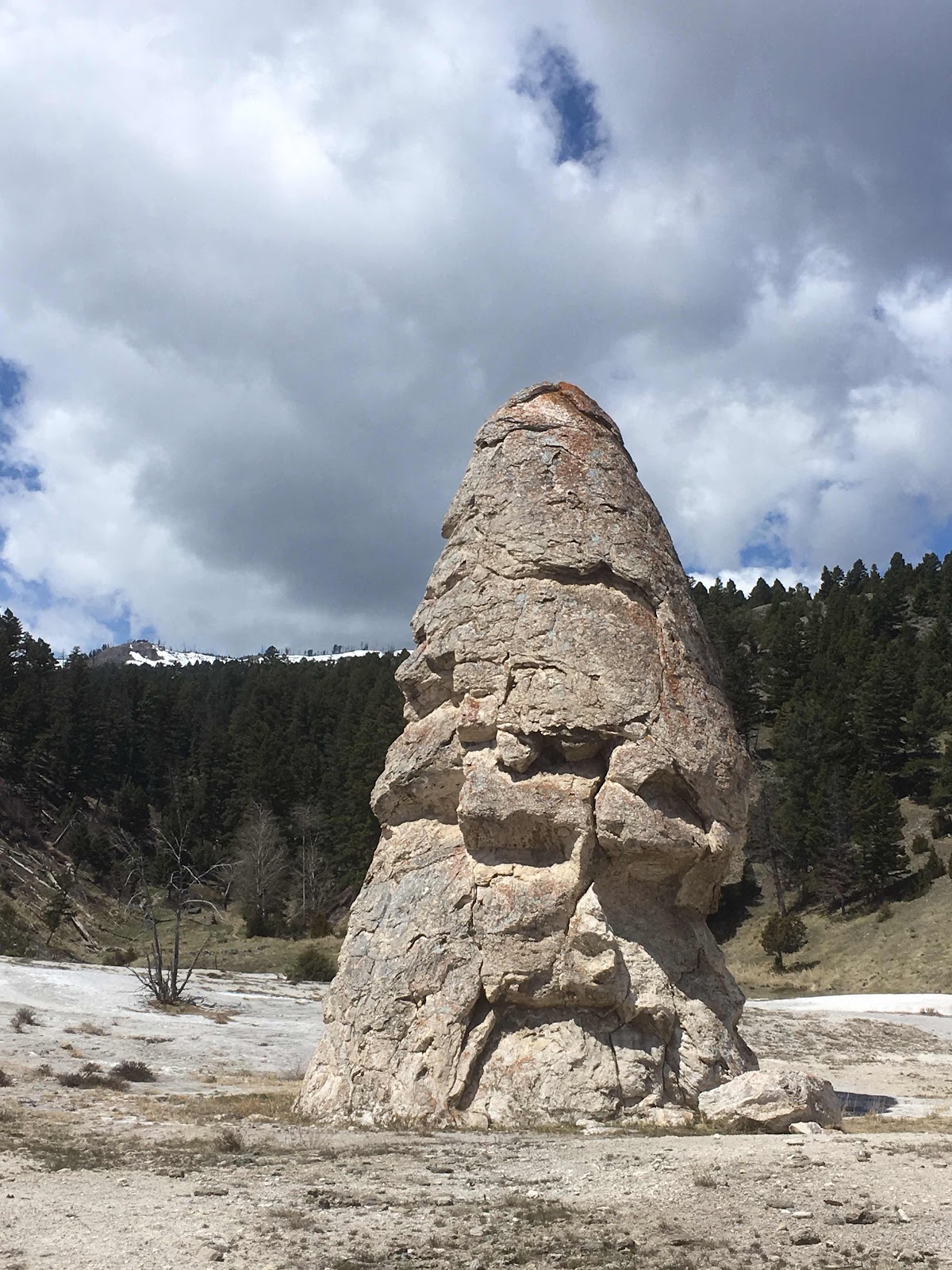 This is a buildup of minerals left behind by a geyser - crazy, huh! 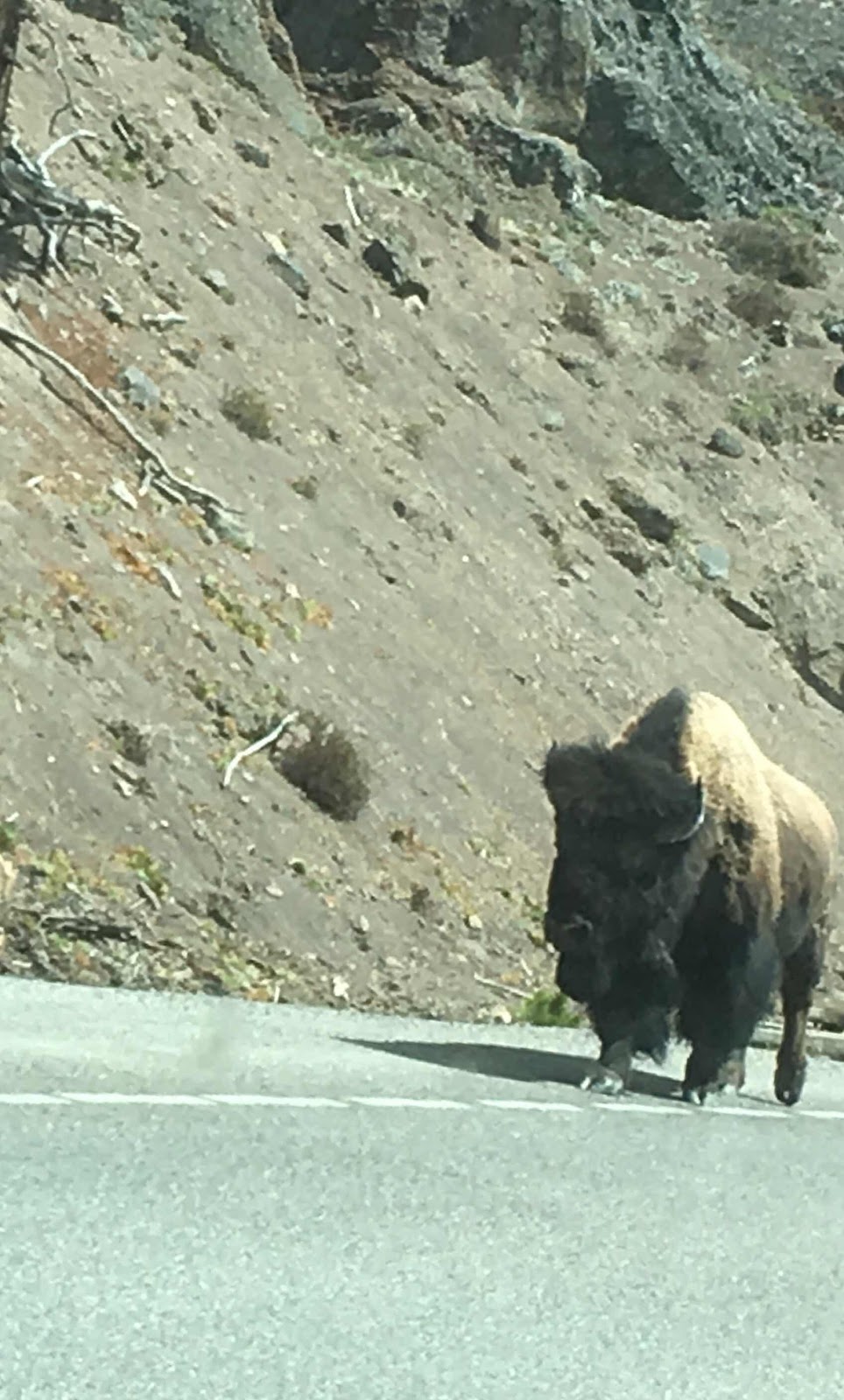 This guy and his buddy were blocking the road, causing a 15-20 car backup. I think they were just there for photo ops.

On the 210 mile round trip, we saw a lot of wildlife too: lots of elk, deer, and bison and a diamondback rattlesnake.  We had a 10-minute slowdown on the road because of bison thinking it was their road and then, on the return trip it may have been the same two that were slowing things down.  We did not see any bear on this trip.

As we were leaving the park, we drove through the Teddy Roosevelt Arch and drove the gravel Old Yellowstone Trail road that paralleled Hwy-89 and we saw hundreds of elk and deer and several bison too. So glad we took the back road home.  After intersecting with 89 again, we picked up so many mayflies along the road that they practically covered the windshield (it was getting a bit hard to see) and when we got home, the grill and front of the truck was just loaded with them. I guess it is the season of the mayflies hatching.   I learned that the fly fishermen use them for bait. It was a long day but a very enjoyable one. 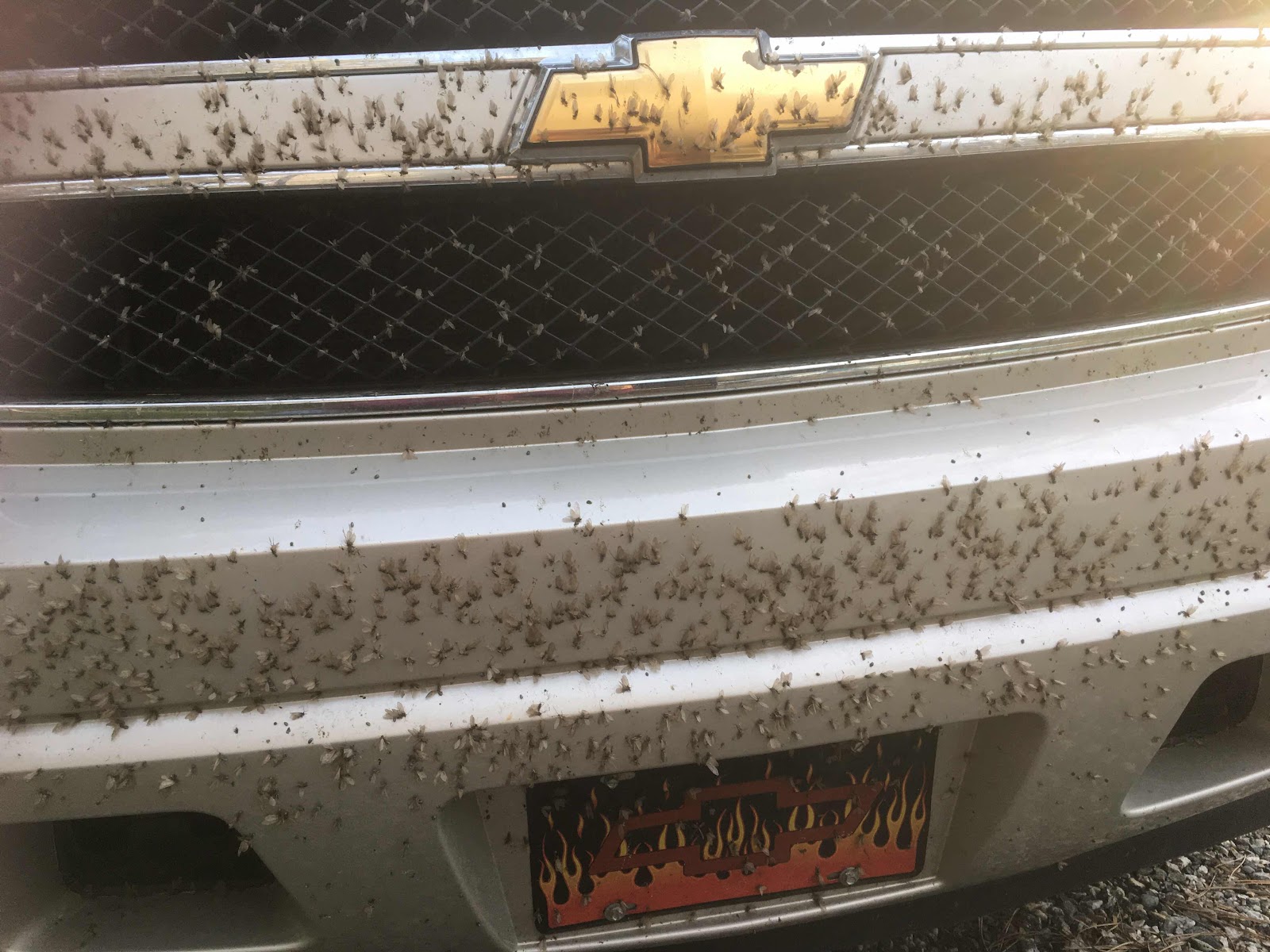 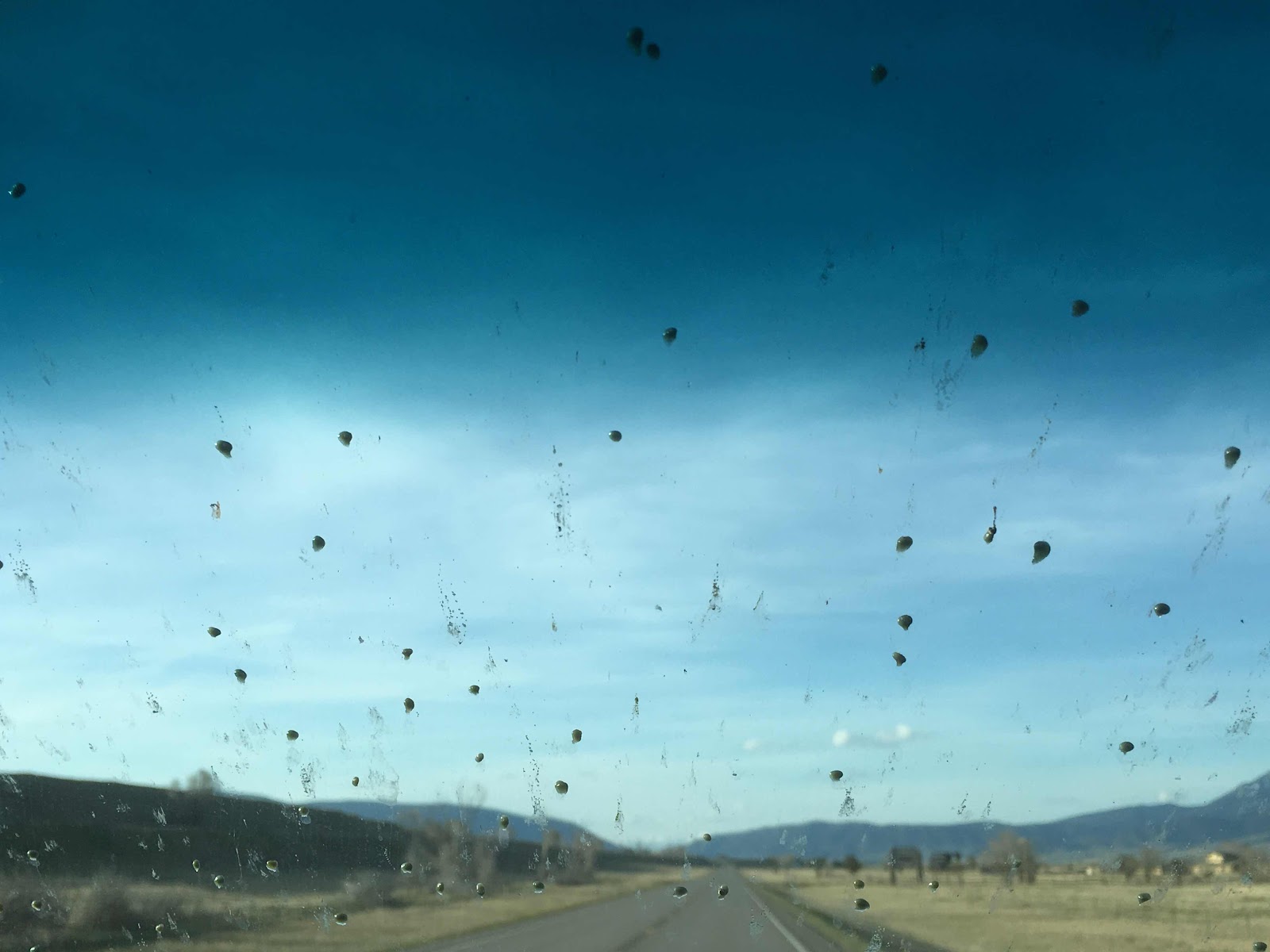 It’s a good thing I put a stew in the crockpot this morning before we took off - it was a very nice welcome home as was the little Frisco who was on guard duty today (too many restrictions in the park).

Posted by Bridge Coast to Coast Saga at 8:54 PM