What an adventure we had today! It was almost noon by the time we got started, we then stopped at Costco for gas, then took a wrong turn and spent 10 minutes getting on to the right road. We were heading for Garnet Ghost Town, Montana’s best preserved ghost town, about 30 miles to the east to the forest road turnoff and then 11 miles south on that road.  We climbed in elevation and as we got to the 8-mile mark, there was quite a bit of snow on the road, so we drove through the ruts made by vehicles that passed through before us.

Up ahead, there was a car that had been stuck and a guy named Josh rushed down to tell us that he had gotten stuck, had to do quite a bit of pushing but finally got unstuck. His car was an all wheel drive RAV4. We talked a bit and since mine is a 4-wheel drive, we decided that we would go through and then they could follow in our tracks, as he was able to get far enough that he could see gravel road beyond the snow. Nope. Not to be.  We got stuck in the soft, wet, icy stuff too, not even getting as far as he had, and then it took the 4 of us (including his friend Ashley) to get ours unstuck - a real pain in the butt. Pushing, placing the floor mats and wet, soggy gravel from the side of the road, under the tires, and even hooking up tow ropes and trying to get it to move that way.  The pushing seemed to work best, getting a few feet at a time, cleaning up the slippery wet snow that built up under the wheels and then trying again. FINALLY, we made it through.  We loaded all of our wet, muddy stuff into the car, thanked our new friends and headed down the hill - probably never to see Garnet Ghost Town.  It sure did feel good that some complete strangers were willing to help us out and we all worked together to make it happen.  Many thanks to Josh and Ashley for sticking around until we got unstuck. They even waited at the bottom of the hill to make sure we made it - we waved and went in opposite directions. This was truly another reminder that this world is full of good people. 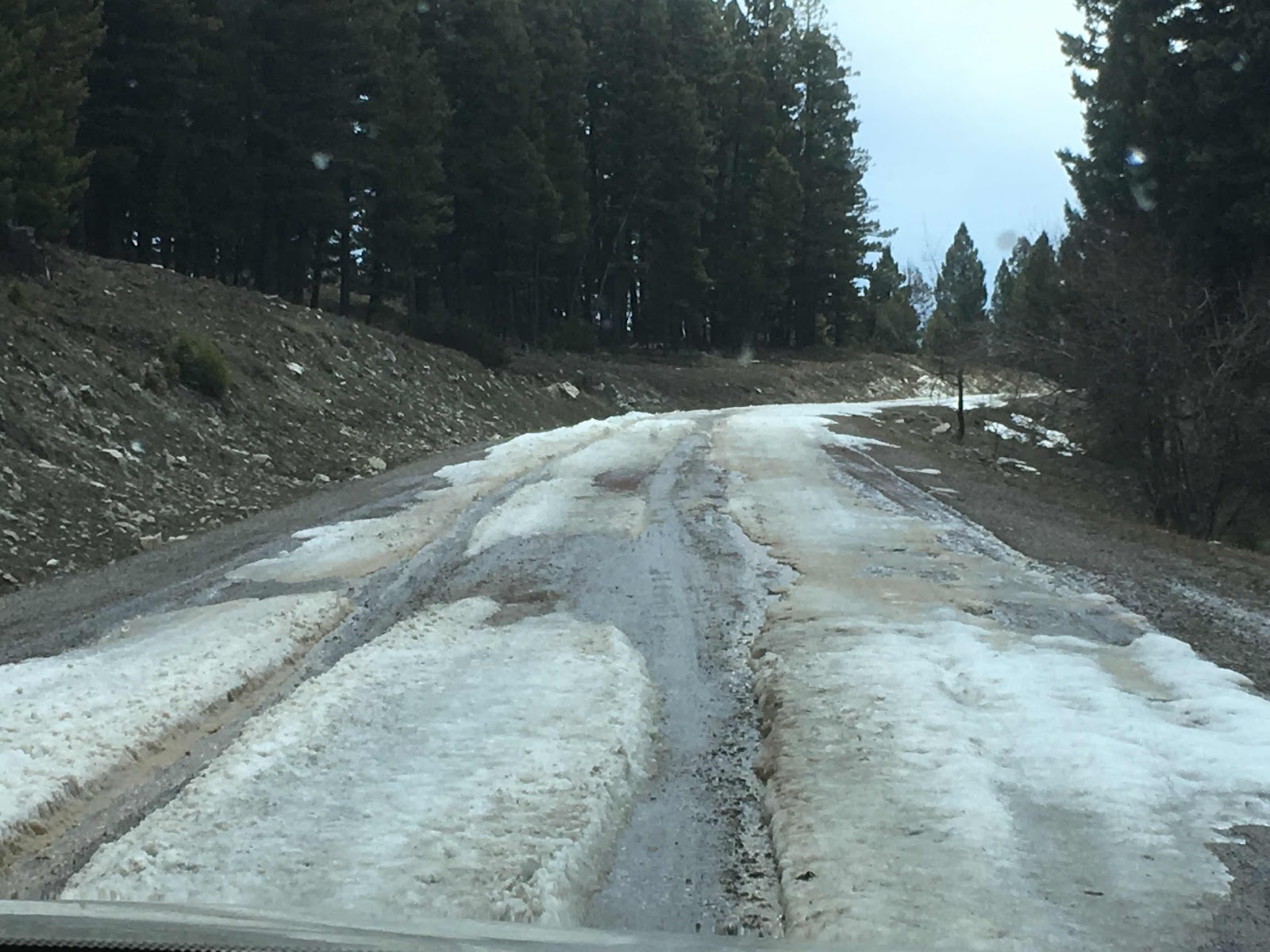 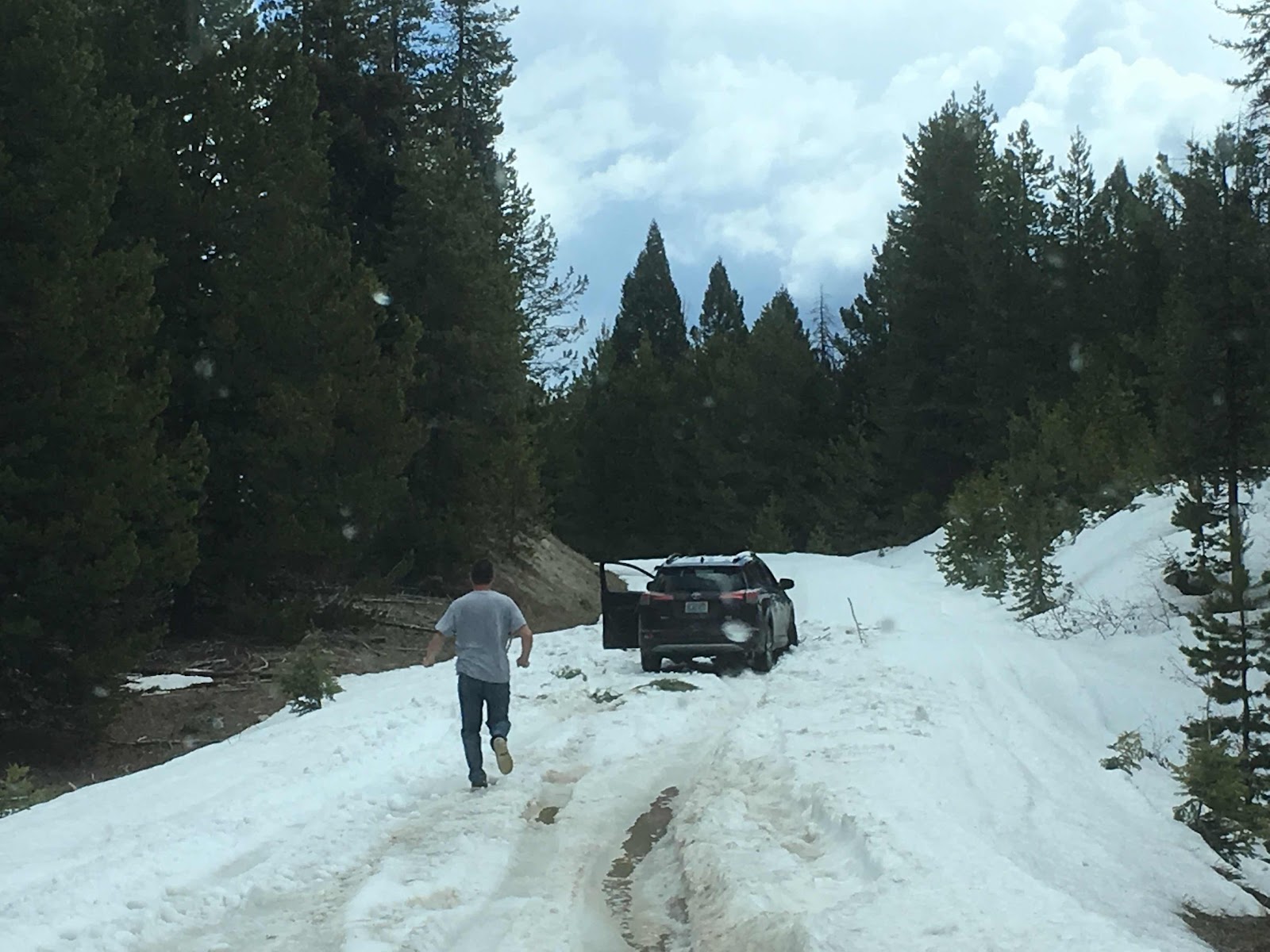 I really wanted to see bison, so we drove toward LoLo where our server at Famous Dave’s last night suggested that was a good place to see them. She was right, because just past LoLo there was a huge herd, but they were pretty far away from us and we couldn’t get closer to get a good look. We drove a little farther out of town but they were the only ones that we saw. 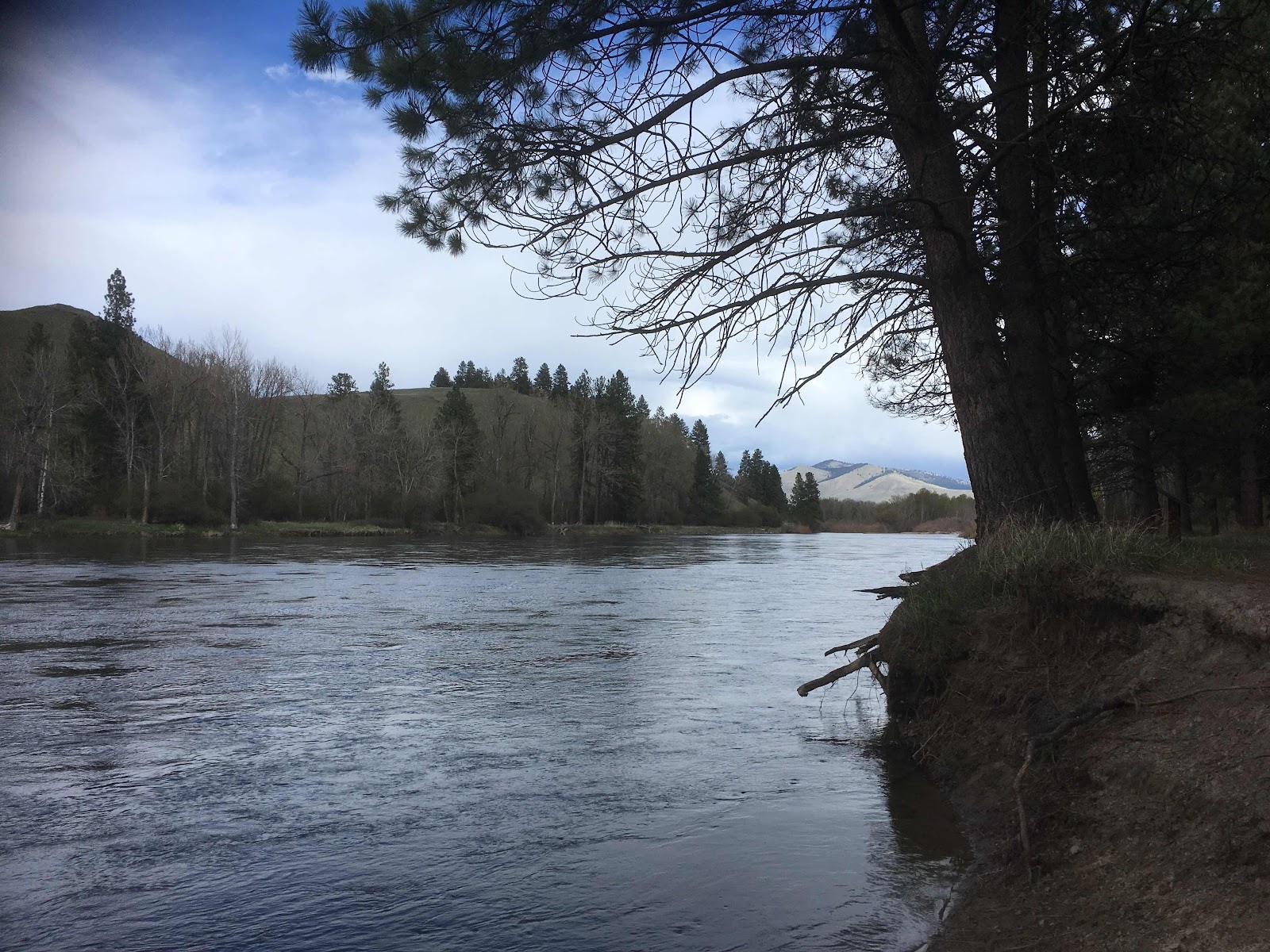 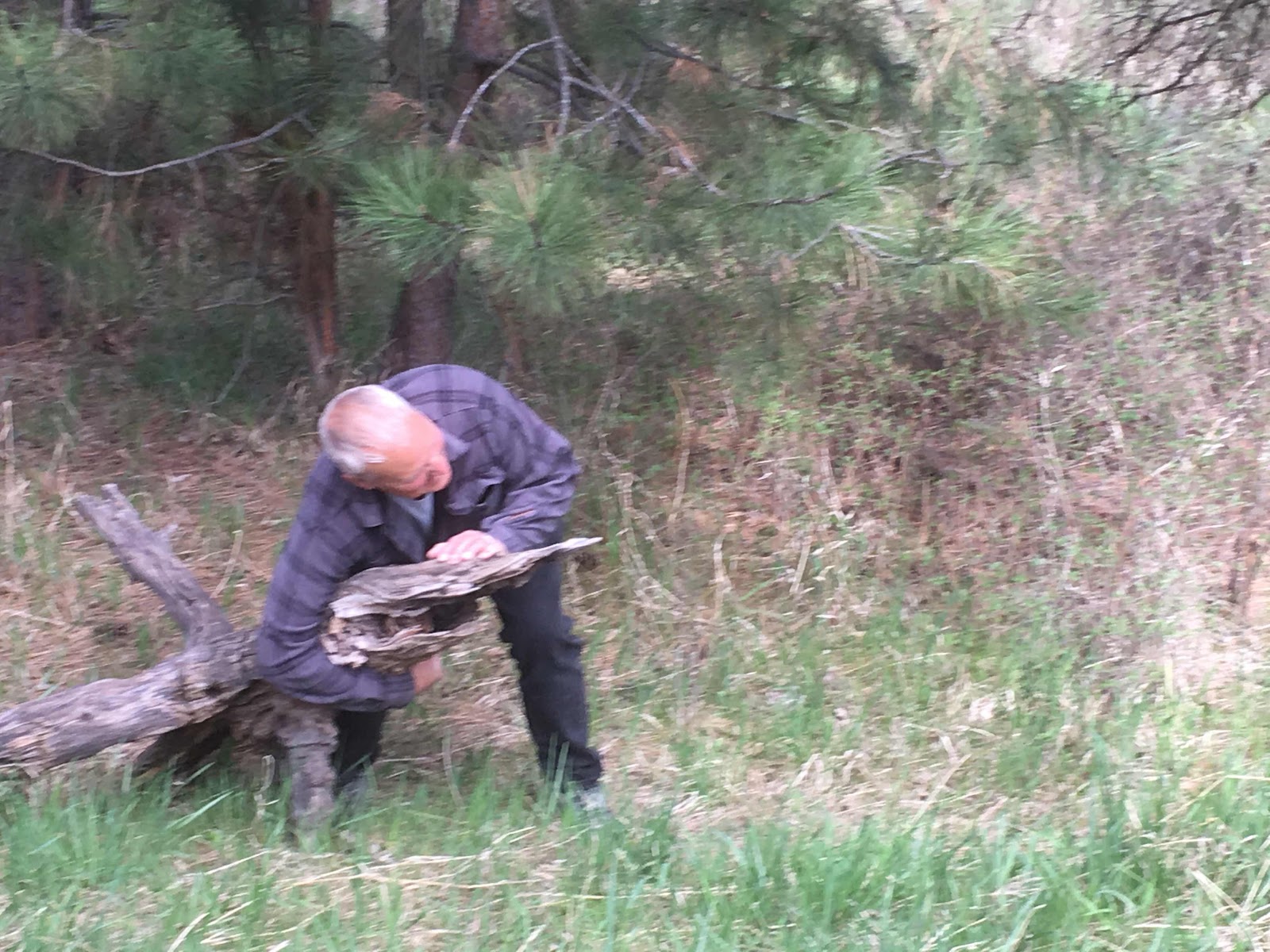 Tom had to wrestle this gator that we saw next to the path on our hike.
Posted by Bridge Coast to Coast Saga at 6:21 PM