It’s another sunshiny day and we chose to tour Devil’s Tower and glad that we did.  The drive there was pretty. The parking lot was full but we found a spot and did the hike around the base of the tower, stopping along the way to watch climbers on the walls. There were many up there, some on the face and some in the cracks. It was an enjoyable walk, but we didn’t have our fill of  hiking yet, so we chose to walk a trail around the Prairie Dog Town. There were lots of them scurrying around and chattering warnings to each other.  We managed to hike about 2.7 miles.  It was a nice day. 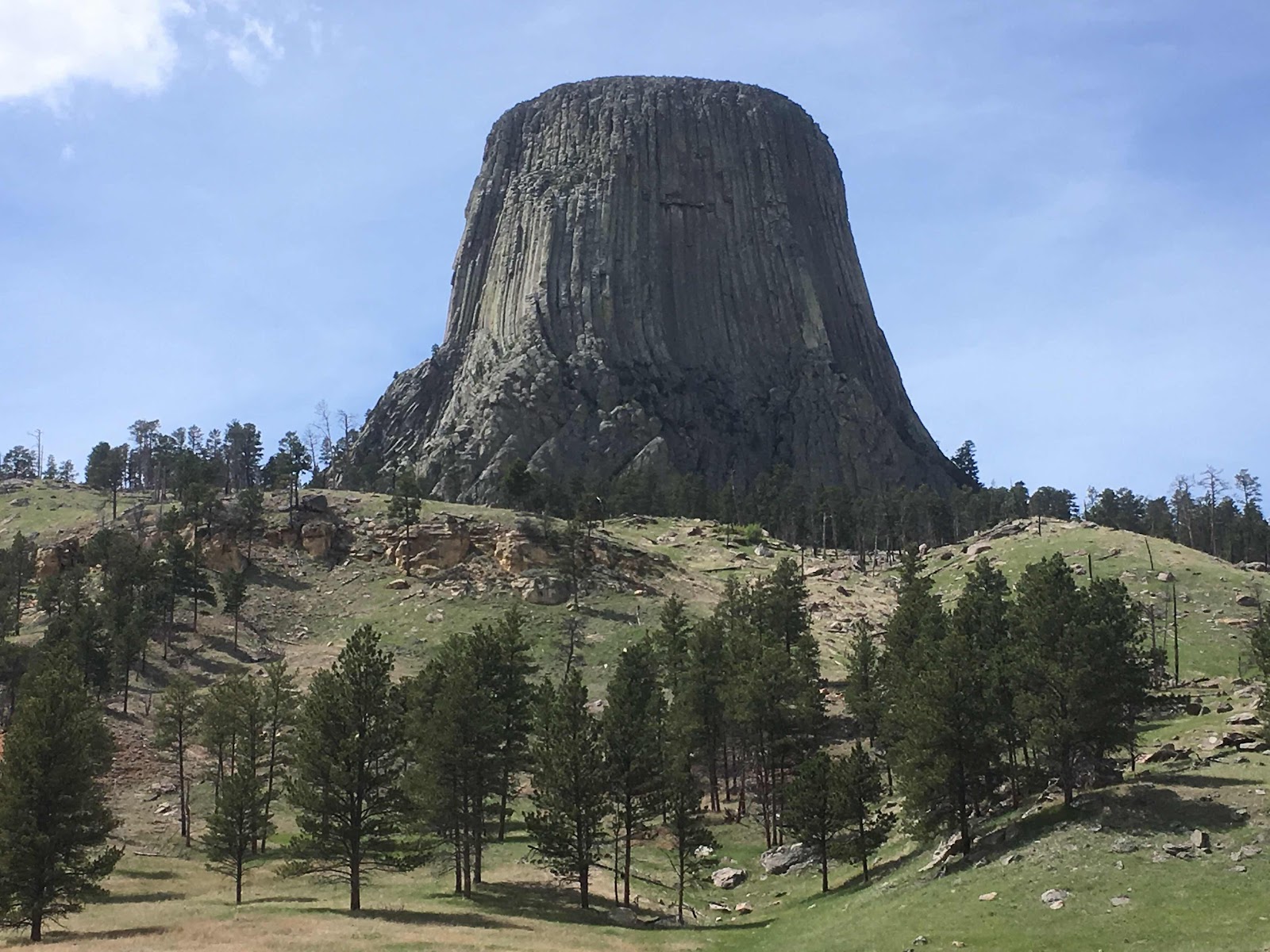 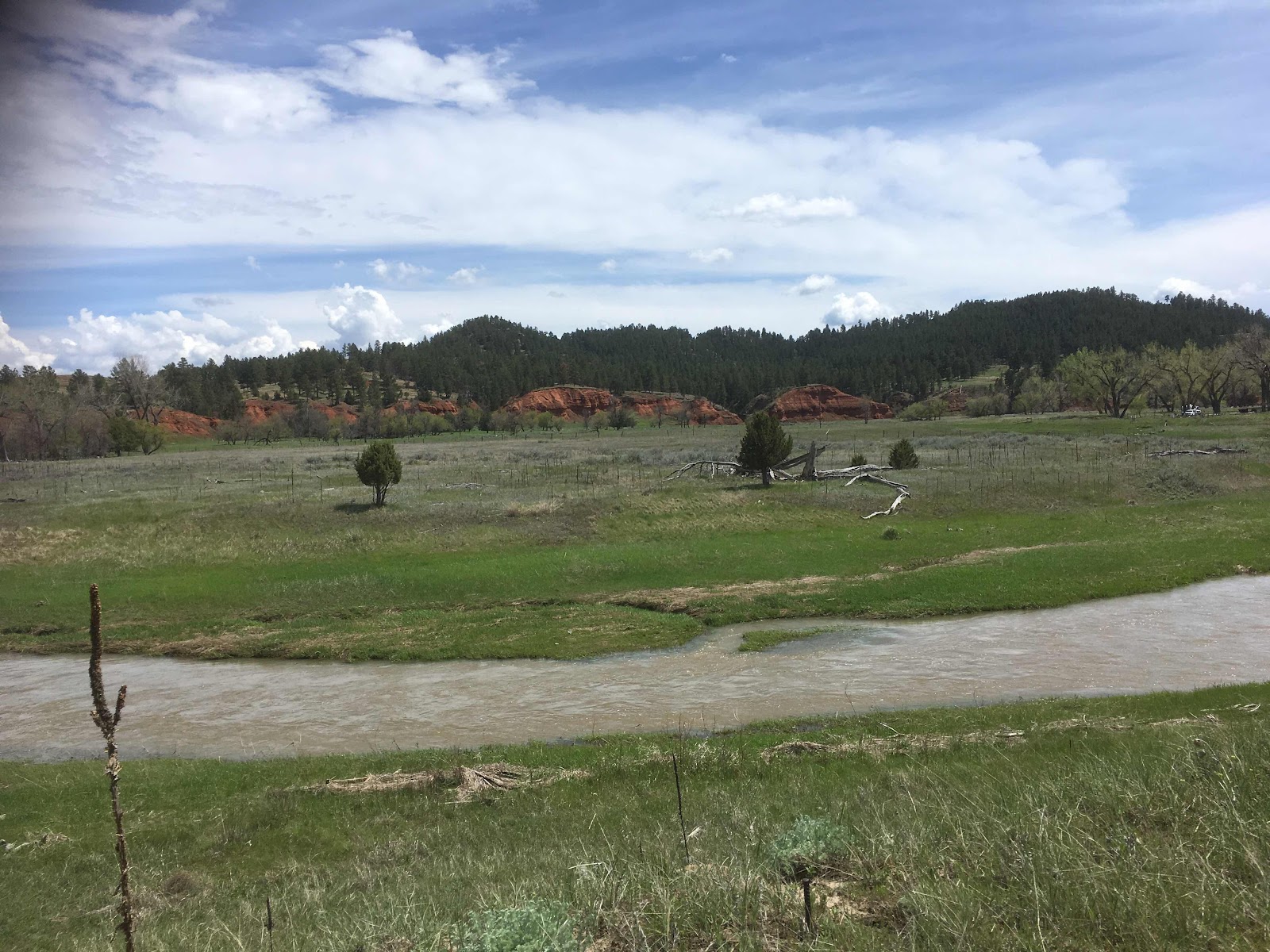 We also saw the “Circle of Sacred Smoke” sculpture by Japanese artist, Junkyu Muto. According to a brochure released by Devil’s Tower, the sculpture "honors the American people as a gesture of world peace and also helps raise visitor awareness of the connections to the Tower by American Indian tribes,". 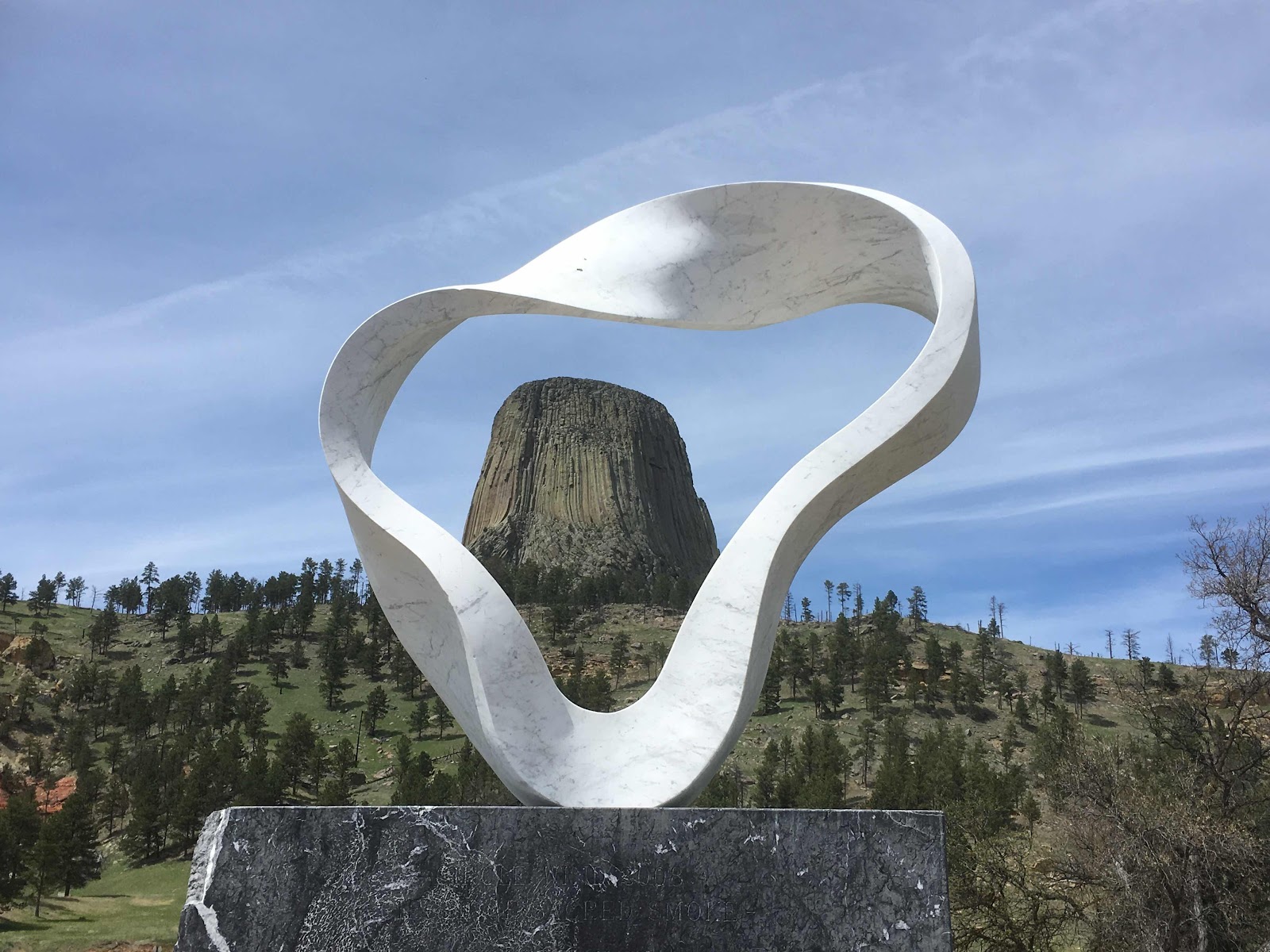 After leaving Devil’s Tower, we took a loop drive back to Sundance. There were warning of storms in the area with the possibility of golf ball sized hail and high winds, but it was all farther off to the east from where we were.  We drove through the small town of Hulett and it really had a western flair. 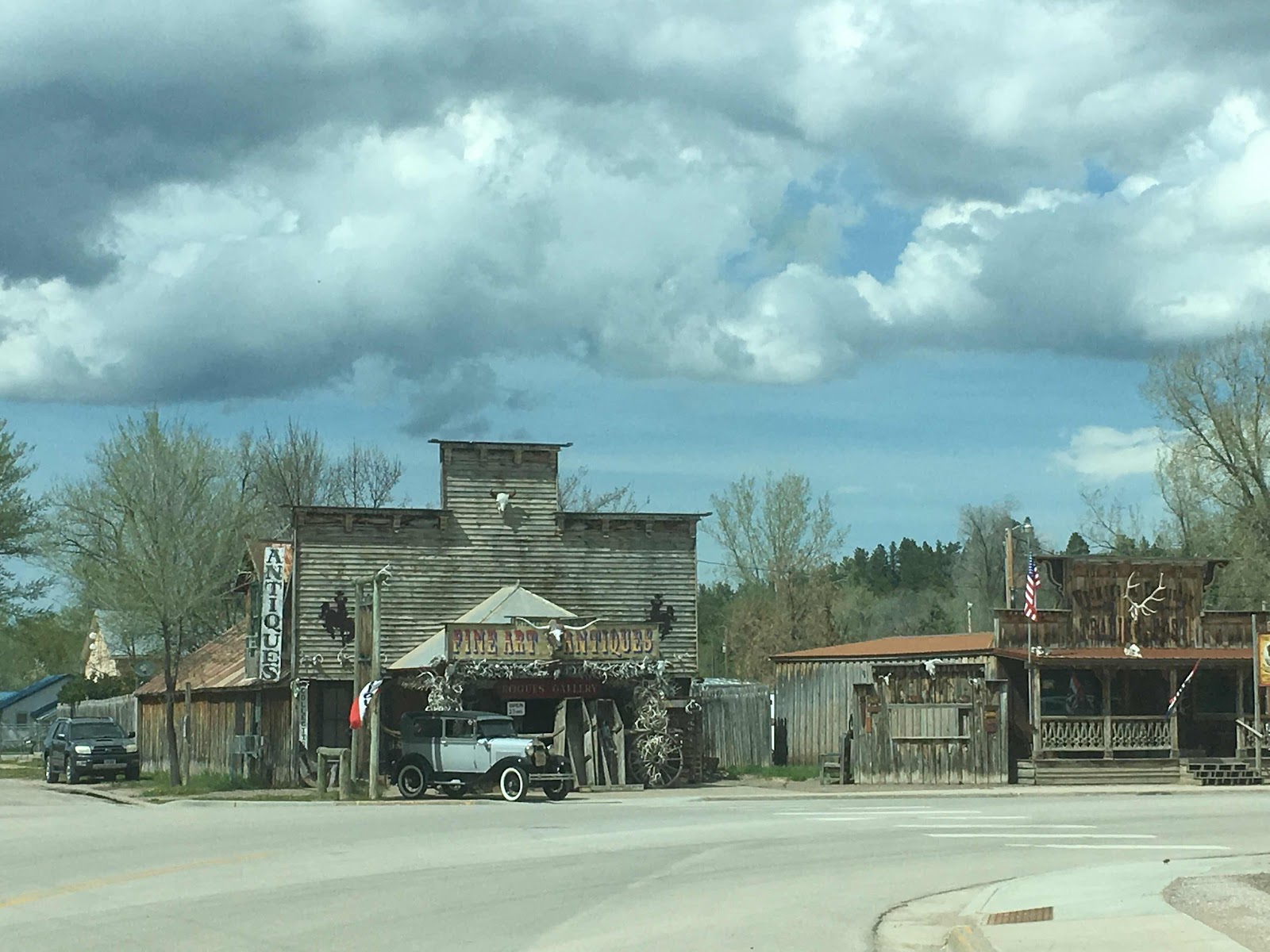 We continued to the east and went through Alva - couldn’t get through quick enough - it was nasty with decrepit old trailers and junk everywhere and then on to the Aladdin General Store. It has been in operation for 125 years, had a small amount of groceries and sundries, some clothing, and antiques. 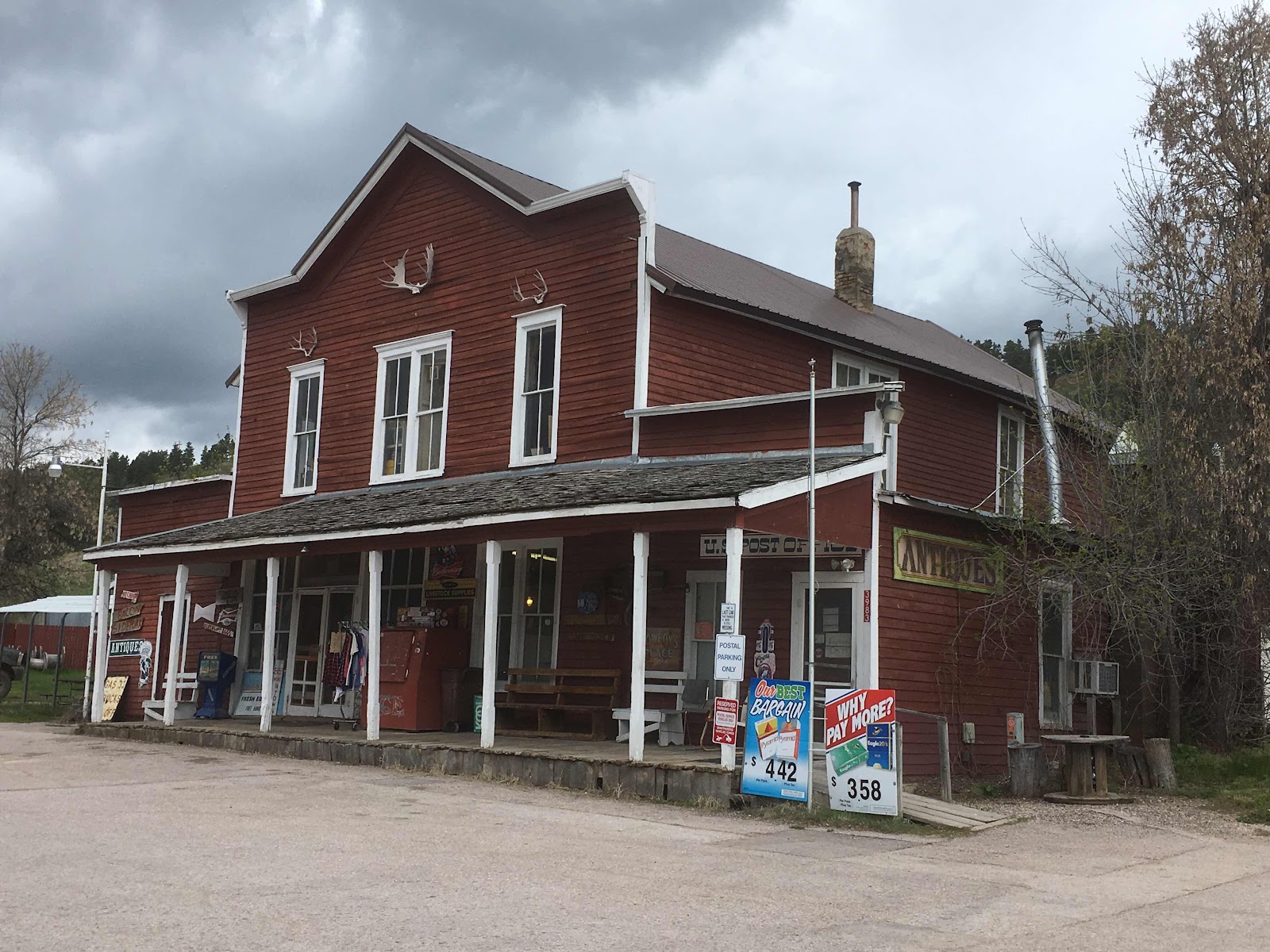 Posted by Bridge Coast to Coast Saga at 12:37 PM