Talk about America the Beautiful! We sure saw it today when we headed north on I-5. Once we crossed into Oregon near Ashland, the hills seemed to smooth out, the trees changed to a combination of hardwoods that were just starting to leaf out and pines, interspersed with shorter flowering shrubs.  The sky opened up and the views were breathtaking.

Driving through there reminded me of the time that Mike and I spent with my niece, Brittany and her friend Kyle back on 2008. Back then, we toured some of the areas wine wineries and Crater Lake with them.

From Grant’s Pass, we took US-199 west toward the coast and that part of the drive was through the Smith River National Recreation area. The fast moving, white-capped Smith River meandered along, crossing from one side of the road to the other.  It was dense forest the entire way, especially when we got near Jedediah Smith State Forest and the trees were mostly Redwoods.  Suddenly, it became quite dark, with only a tiny bit of blue sky overhead.

The total drive was 208 miles and it took about 5 hours. With a couple of fuel stops and a stretch stop at a rest area. We are settled in at the Redwood KOA near Crescent City, CA for the next 3 nights. It was a challenge getting into our site but once we were settled, we were quite happy with it.  The ground is saturated after some heavy rains and there are some muddy areas that we have to avoid, mostly up close to the road.  Once settled, we walked around the park and came across a herd of elk grazing in a large field. Since the field is fenced, I’m not sure if it is a wild herd or not.  Tom also spotted a small jumping creature, pointing it out to me, and when it jumped again, we both thought it might be a mouse as it had a long tail and moved quickly. 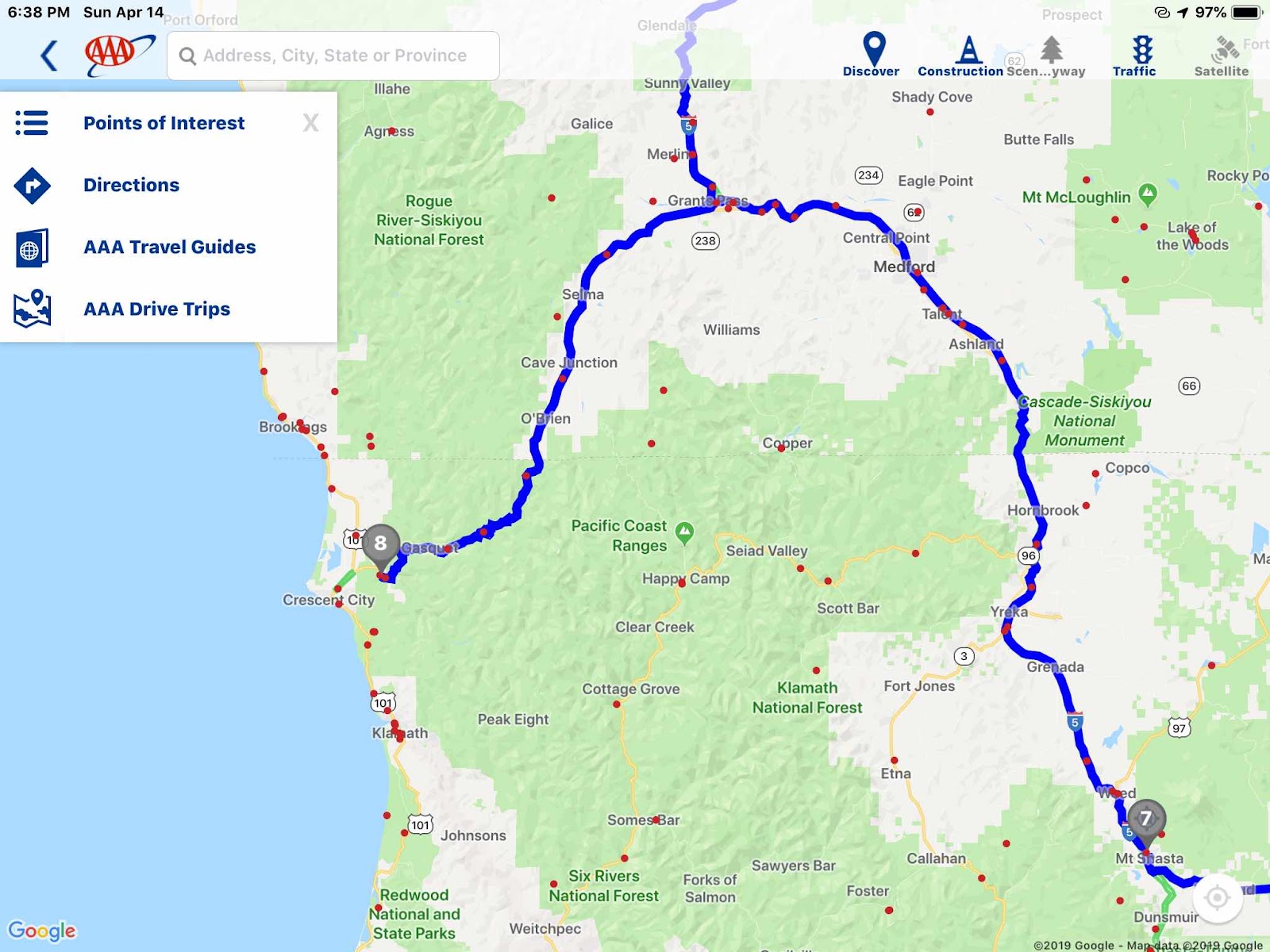 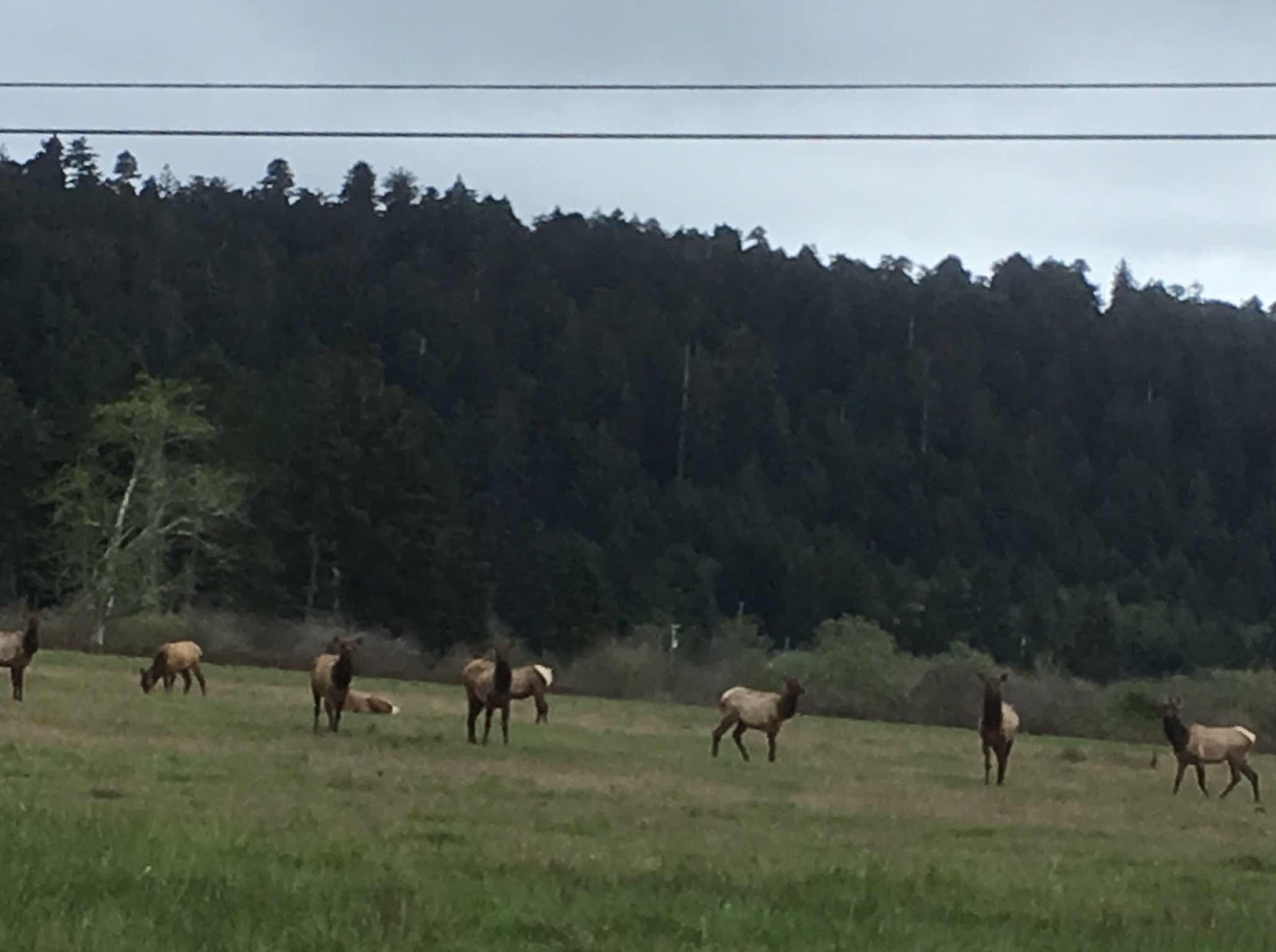 Yesterday was cold and rainy, so we took a drive to see Weed. It seems that everyone has heard of Weed, but there sure isn’t much of a town. In fact, we even had trouble finding the downtown area.  It’s too bad that we had just had breakfast because the Mt. Shasta Brewing Company looked like a tempting spot to check out.

Back in Mt Shasta, we stopped at the Elevate Shasta Cannabis Dispensary to see what the recreational pot thing is all about.  This store looked like any other with neatly displayed products in glass cabinets.  They carry smokeables, vape-ables, edibles, and tinctures and a large assortment of accessories.  Interesting!  From there, we stopped at a consignment shop, a liquor store, and the grocery store.  Prices are high, so we decided to hold off on groceries until we can get to a big chain store or a Walmart.

Posted by Bridge Coast to Coast Saga at 7:25 PM