I was reminded of Wisconsin this morning when I spotted 3 Robins flitting around the ground and the bright yellow flowers of some Forsythia bushes.
We were hooked up and ready to pull out by 9:15 and headed for Brown’s Town RV to dump the tanks, then on to Von’s so Tom could fill up on gas.  We were warned of possible high winds and maybe even snow on the route, but after checking again this morning, we decided to make a go of it.  US-395 (Eastern Sierra Scenic Highway) went through the beautiful Sierra mountain range and the views were worth taking that route. 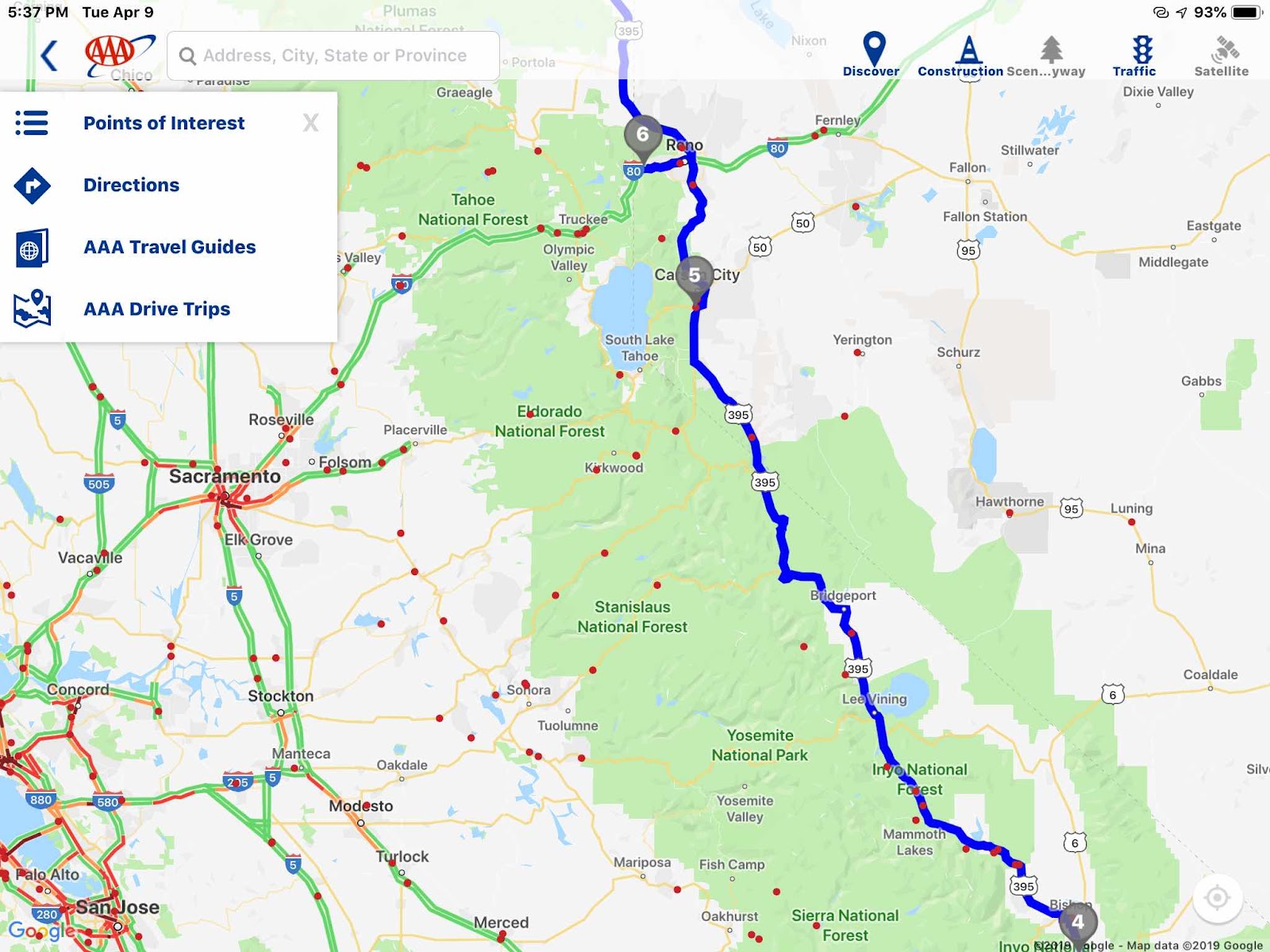 We went up and down in elevation, the highest about 8,500 feet.  At that point, there was still a lot of snow on the ground and huge mounds left by snowplows. We saw snow flurries and at one point a cloud of snow was touching the ground between 2 mountain peaks, heading right toward us. It’s a good thing that we were moving faster than it was and in a different direction. I wish I could have captured it in a photo. 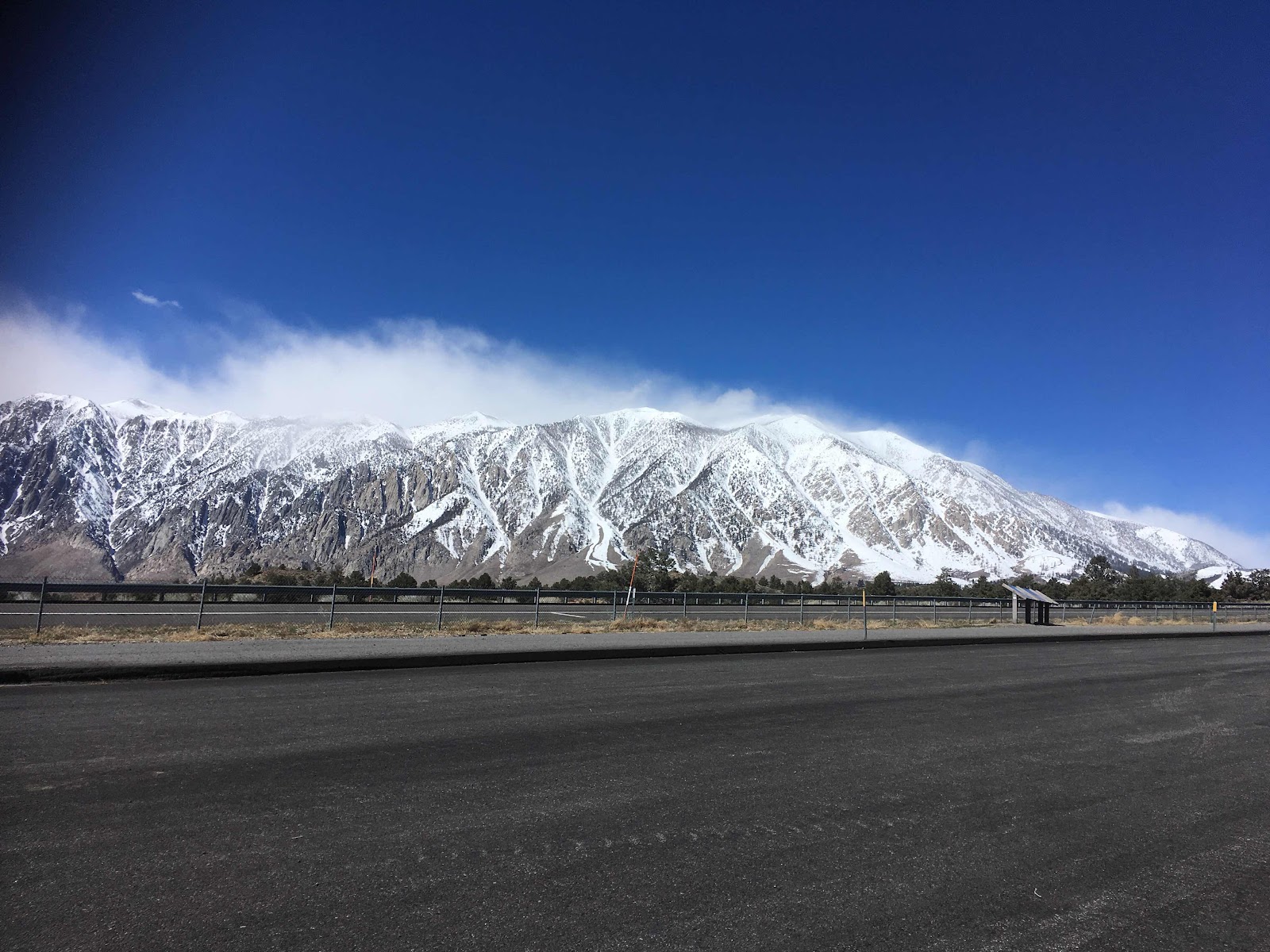 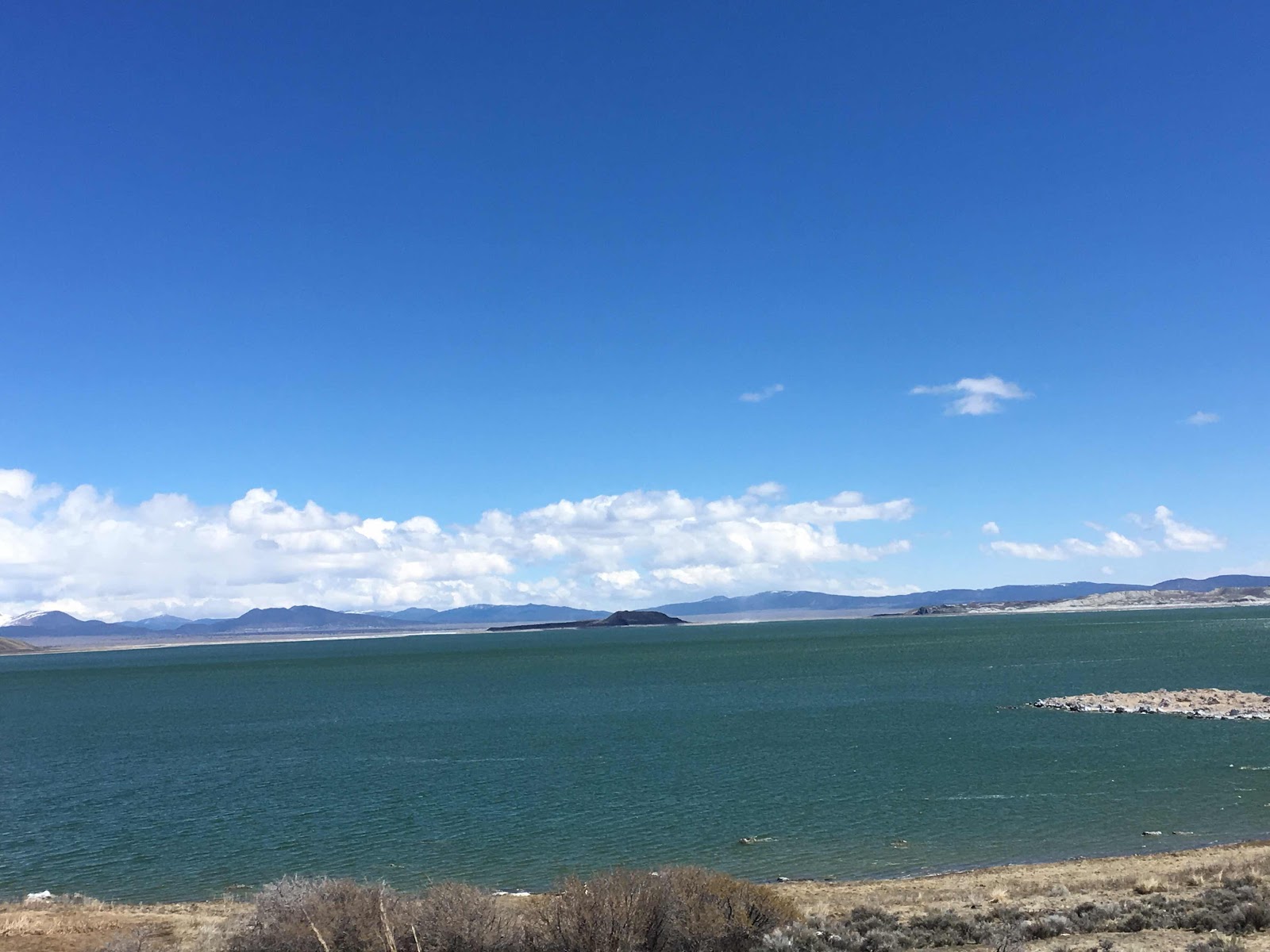 Mono Lake near Lee Vining
We are settled for the next few days at the Boomtown KOA ($39/night) so we can explore the area. The park is decent, has a dog park, full hookups, cable tv, and WiFi and is far enough from the freeway that the sound is distant. The Truckee River is flowing fast behind our site at the bottom of a pretty high cliff and is easily heard, as are the trains traversing about a mile away. Perhaps the combination of those sounds will soothe us to sleep.

Posted by Bridge Coast to Coast Saga at 5:34 PM